Whether Ayurveda is an alternative system??? 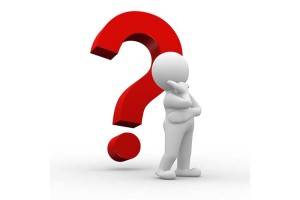 There were days when our ancestors were healthy & immune. Most of the diseases occurring to them were effectively cured with grandma’s home remedies. Very few of them needed to be treated by the traditional vaidyas with the locally available herbs. Even the natural processes like childbirth were handled well by skilled women who had the experience of conducting labors. The Kings were having royal vaidyas who were renowned in the field of Ayurvedic medicine. They were experts in treating various health conditions including the detection and prevention of poisoning, as it was more rampant during those times. There were also several visha vaidyas known for managing the cases of snake bites and other kinds of of poisoning. Even the psychological health issues were explained in Ayurveda under Unmada, Apasmara as having physical or spiritual root causes & were managed successfully.

Through all these instances it is very clear that Ayurveda was the sole system of India in olden times and all the disorders and diseases were effectively treated and managed with this system.

With the advent of Allopathic medicines during the British rule India came under the influence of modern medicine. Other systems of medicine also were incorporated into society like Unani, Homeopathy, Naturopathy etc., but Allopathy was the one which dominated and replaced all others. Gradually it overtook all the traditional concepts and had a strong influence on the Indian minds. Due to the rapid action & quick results, it gained wide spread popularity among people. Now, the greatest pity is that, it has become the main stream of medicine in India and Ayurveda is considered as the alternative system of medicine.

Indian philosophy even Ayurveda emphasizes the need of paratantra avalokana(referring & adopting the knowledge from other systems). It suggests that anything good from other systems have to be incorporated. Inclusion of newer drugs like ahiphena, bhang etc., with the influence of Unani medicine is a strong proof of this acceptability.

There is nothing wrong in utilizing the advantages of modern science like investigation tools (x- ray, USG etc.,) but we should never forget the uniqueness & greatness of our ancient Ayurveda. The facts of modern medicine keep changing from day to day with the ongoing researches but the concepts of Ayurveda have remained truth for centuries and will still remain in future. Concepts of Ayurveda give importance to the aspects of prevention and maintenance of health through proper diet, daily and seasonal regimen & are unique to the system. Scientists all over the world are now recognizing the greatness of our science. Now it’s our turn to realize and appraise our good old system of medicine and make efforts to educate our future generation about Ayurveda.